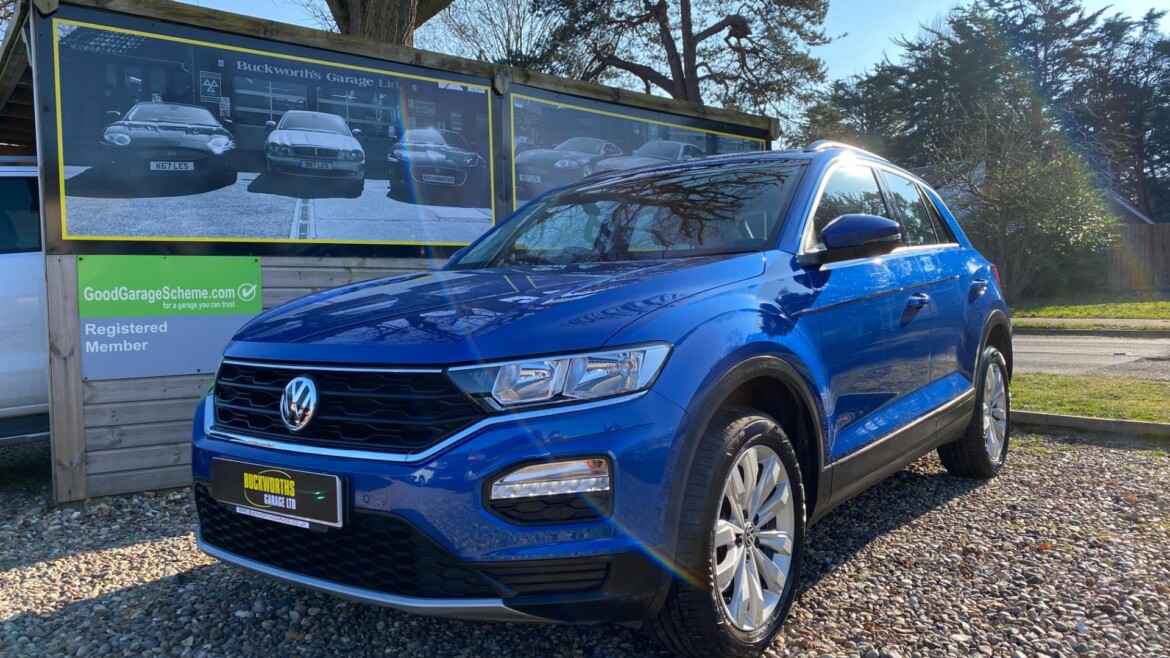 Like just about every mainstream car maker, SUVs have become an instrumental part of Volkswagen’s range with these models now proving just as popular as the brand’s traditional best-sellers like the Polo and Passat.

With VW having huge success with its Tiguan, it decided to introduce a smaller SUV to the range. This model was the T-Roc – a more compact crossover that featured the same underpinnings as the Golf and brought a far bolder design than what was typically expected from this German brand.

Bringing a range of personalisation, modern interior technology and a raft of driver assistance features, it has unsurprisingly gone on to be a big hit and is now one of the brand’s best-selling cars.

Since the T-Roc’s arrival, Volkswagen has only made light revisions to the model, with no facelifted version yet to arrive. Key additions included new sportier-looking Design and R-Line grades being introduced, while Volkswagen also launched a sporty T-Roc R. This features exactly the same powertrain as the renowned Golf R.

In a more left-field move, Volkswagen launched a Cabriolet version of the T-Roc in 2020 – something that was teased a few years earlier, but many were unsure as to whether it would materialise. It remains the only convertible SUV on the market today. Also in 2020 there would be the addition of new United and Black Edition trim levels to expand the line-up further.

With Volkswagen being positioned as a more premium brand, prices for the Volkswagen T-Roc 2018 might seem a bit steeper than some of its competitors. The range kicks off from £21,795 for the entry-level S model, though the spec isn’t particularly generous. Instead, we’d recommend upgrading to the SE, costing from £23,735, which brings adaptive cruise control, rear parking sensors, and adaptive cruise control. It’s worth sticking to a lower-spec version where possible as the higher trim levels are quite expensive, costing into the £30,000s.

Used prices are remaining quite firm, too, with a three-year-old car with 30,000 miles on the clock still easily worth £16,000. Though you can expect to save a few thousand pounds by choosing a nearly-new model, discounts won’t be as great as some of the T-Roc’s competitors.

Volkswagen isn’t a brand known for its style and personalisation, but all that changed with the Volkswagen T-Roc 2018, with a range of funkier styling options available – including even having the wheels painted to match the car. For looks, it’s worth choosing higher-spec versions, too, which feature cool cues like large circular LED indicators and sportier looks. The T-Roc also looks more convincingly like an SUV than some of its competitors thanks to its thick plastic trim on lower areas and the wheel arches.

The same style continues to the interior, with various coloured trim available to add some flair, and it’s certainly a very pleasing cabin to look at with its large touchscreen and digital dial system. However, the actual quality is a bit disappointing, with plenty of harder plastics being used throughout the interior, which don’t feel befitting of the T-Roc’s higher list price.

Crossovers aren’t known for being fun to drive, but the T-Roc is an exception to that rule – offering plenty of control, sharp steering and plenty of grip. Despite its high ride height, it doesn’t feel too different to drive to a standard hatchback. It’s also available with a great range of engines, while the flagship R model offers plenty of thrills, albeit at quite a steep price.

If you’re considering a crossover as you want something roomier than a conventional hatchback, the T-Roc is well worth considering, as it’s more spacious than a regular Golf inside.

The boot measures 445 litres, which is 65 litres more than you get from a Golf, while folding the rear seats down increases the space to an impressive 1,532 litres. There’s plenty of room in the rear, too, with four adults able to get comfortable, while access is easier thanks to the higher ride height and wide-opening rear doors.

The model also has a five-star Euro NCAP safety rating, with high scores recorded across all categories. Autonomous emergency braking and lane-keep assist are included as standard, too, while all but the entry-level S version comes with adaptive cruise control as well.

The line-up kicks off with a 108bhp turbocharged 1.0-litre petrol engine combined with a six-speed manual gearbox, followed by a 148bhp 1.5-litre turbocharged petrol. This is available with both a six-speed manual or a seven-speed DSG automatic transmission. If you fancy something with a bit more punch, a 187bhp 2.0-litre petrol is available in high-spec SEL and R-Line grades, while also coming with a seven-speed DSG automatic gearbox and four-wheel-drive.

Moving over to diesel, all versions feature a turbocharged 2.0-litre unit, which is available with outputs of 113bhp or 148bhp. The former uses a manual transmission, with the latter getting a choice of manual or automatic transmission.

At the top of the range is the T-Roc R, which is essentially a Golf R copycat with its turbocharged 2.0-litre petrol unit, which uses an automatic gearbox and four-wheel-drive. With a 0-60mph time of 4.5 seconds and a top speed of 155mph, it’s certainly rapid.