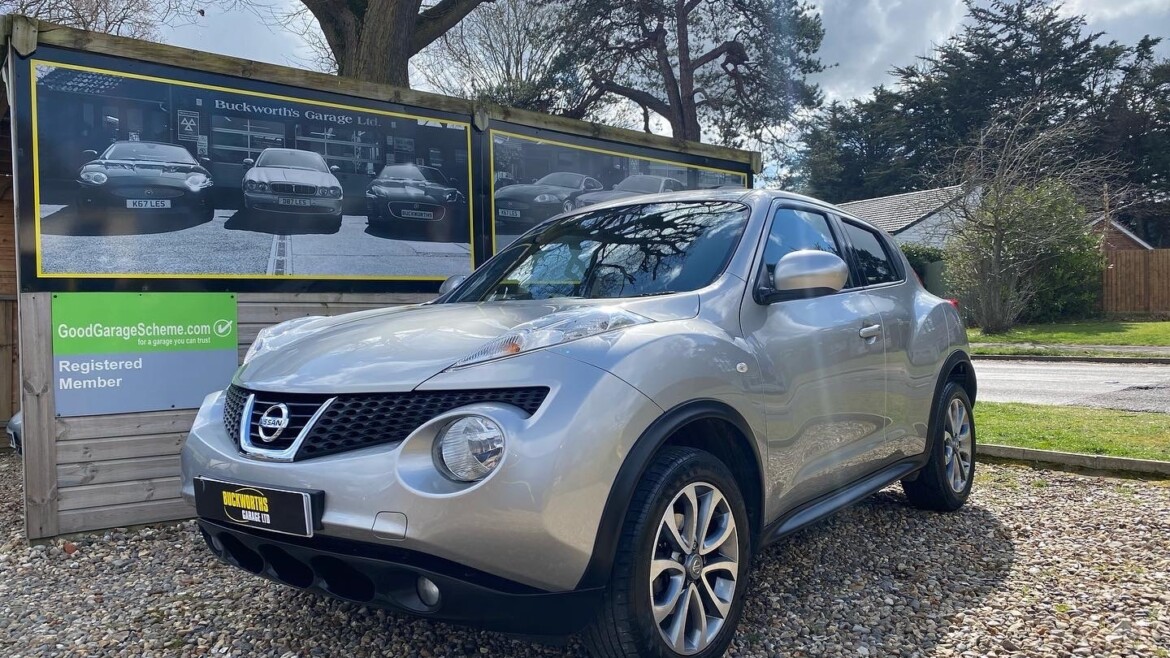 The Nissan Juke 2013(63) started the ‘supermini crossover’ niche when it went on sale in 2010, and it was so popular in its home country of Japan that Nissan sold nearly 10 times its target in its first month of sales. It was a game-changer and following the success of the Qashqai, it’s no surprise it proved a popular choice for anyone looking for a fun, practical supermini with the high driving position of an off-roader. The Juke’s popularity was enough to see rival manufacturers clamour for a slice of the sales pie, so it wasn’t long before rivals appeared on the scene, and there’s now more than 15 models in this sector in 2020.

The original Nissan Juke 2013(63) was unique when it first went on sale, and the fact that its looks were so different to anything else on the market made it popular with some, but a turn off for others. What made it stand out was its many personalisation options, with numerous colour-coded combinations to choose from.

With more competition than ever before, Nissan has played it safe with the second-generation – giving it a much more conservative look, with narrow ‘conventionally placed’ lights at the front rather than the raised Z car inspired offerings in the original. The rear end has the familiar Juke design to it, but it has been toned down to keep in line with the front end. Despite not being as bold as its predecessor, though, it remains a stylish and funky-looking crossover.

The interior is one of the area’s that’s been vastly improved though, with good quality materials and logically laid out equipment being introduced, and it’s overall a big step up compared to its predecessor. Despite having a new touchscreen system, though, the unit’s graphics aren’t as sharp as those in rivals, and it’s not especially responsive.