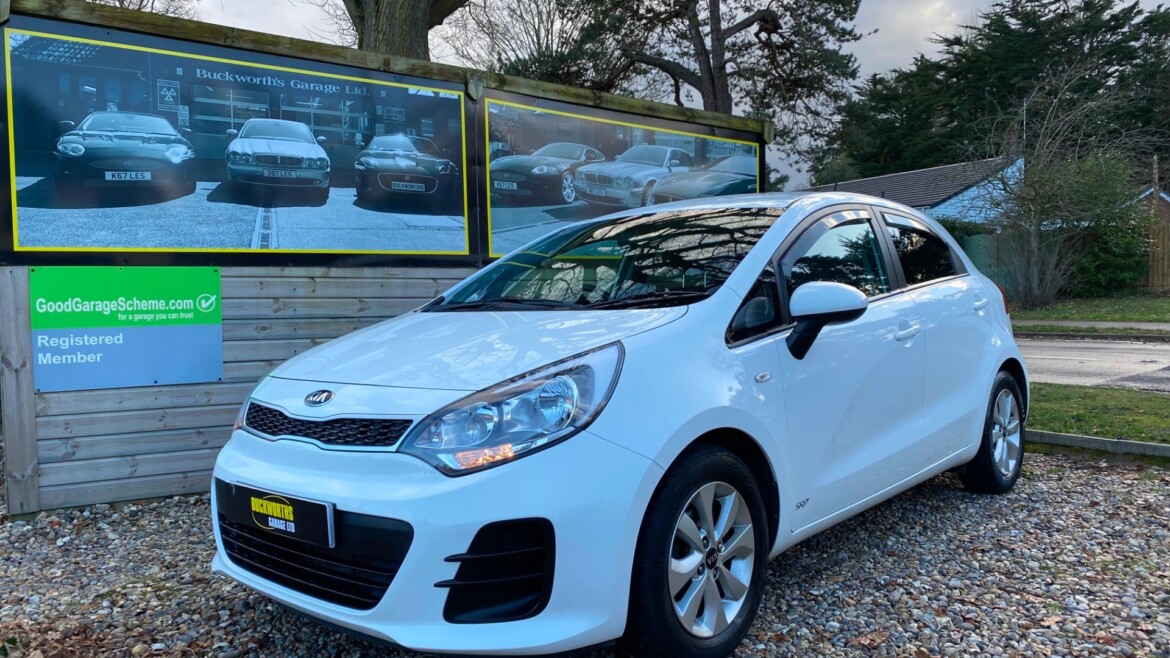 Kia’s first Rio shook the industry up quite a bit. Arriving on UK shores in 2003, it was by no means a brilliant car, but it did offer unbeatable value for money.

That first car was very much a budget model—it had pared back specification levels, cheap plastics and little in the way of driver appeal, yet at the same time it offered a seven-year warranty and enticingly low list prices, which were key to its appeal. It was a car that brought Kia a whole new generation of buyers, thanks in no small part to its no-nonsense approach.

Now in its fourth generation, the Rio has evolved quite a bit since then, from a gawky mid-sized estate with cheap interior plastics and a basic 1.3-litre powerplant to a much more modern and comfortable car that is now far closer aligned to the supermini market.

Offering more for the money is very much key to the Rio’s appeal, so it’s no surprise to see that the range kicks off at just £12,220. For that, you get a well-equipped car, with standard equipment including Bluetooth, air-con, electric windows, USB integration and steering wheel radio controls.

At each price point, Kia aims to deliver the best value for money on offer in each class, so the Rio has a comprehensive array of standard kit across the board.

In addition, it has a number of new safety features including advanced driver assistance systems—a first for a Kia in this class.

All Rio’s also get Kia’s quibble-free seven-year, 100,000-mile warranty, which remains one of the best back-up packages on the market and is responsible for bringing thousands of buyers into the Kia brand which has become a byword for peace-of-mind and hassle-free economical motoring.

Fuel economy is fairly good across the board, and, while not class-leading, it is certainly class-competitive, with up to 62.8mpg depending on model and engine variant.

That long warranty also helps residual values hold fairly firm. A Rio might not be as desirable as a more mainstream supermini such as a Fiesta, Polo or Clio on the used market, but it’s still regarded as a sensible choice of used car, which means values hold up pretty well.

The latest Rio is by far the best-looking small Kia yet, with a fresh face that adopts the narrow grille and squared-off headlights of the larger Ceed. The look is offset by square-edge daytime running lights, giving it a bold face.

That purposeful look doesn’t continue, though. From the rear, the Rio could be any small hatchback, with a rather anonymous style while in profile it’s a classic five-door hatchback which is nothing special yet utterly inoffensive.

Some of the wheel choices aren’t great. The standard steel wheels on the entry-level car look okay, but the 16-inch alloys on mid-rangers struggle to fill the arches and look cheap compared to the rest of the car.

While it won’t set the world on fire, the Rio is neat and inoffensive, and that’s exactly what most buyers want.

The cabin of the Rio is neatly executed, and all of the major controls are logically positioned. The new seven-inch touchscreen also makes the Rio’s interior look bang up-to-date, on a par with rivals such as the Ford Fiesta.

It’s spacious too, with plenty of head, leg and shoulder room in the front and room for two adults in the rear.

Practicality is one of the Rio’s big plus points, with room for five adults and a boot that is bigger than that offered by most superminis. A luggage capacity of 325 litres with the rear seats in situ would be an impressive achievement in the class above, though a high load lip does impact slightly on its usability.

Space in the rear is good for a supermini, too. Five-up will always be a bit of a squeeze in a car of this size, but with two rear passengers there’s sufficient head, leg and shoulder room to sit in relative comfort.

However, storage is good. Both the front and rear door pockets are big enough to hold a 1.5-litre drinks bottle, while there are also additional cupholders in the front behind the gear lever. All but the base model feature a cubby box between the seats and all models get a couple of handy slots beneath the heater controls, ideal for holding your wallet, phone or travel sweets.

A multi-way adjustable driver’s seat makes it easy to get comfortable (there’s no lumbar support option) while the driving position also affords good forward visibility, with not much intrusion from the A-pillars.